The Amputee Coalition of America (ACA) reports it is launching a coast to coast “Week of Action” to build support for a proposed federal law that would lift restrictions imposed by the health insurance industry on coverage of prosthetic care. The Prosthetic Parity Act of 2008, recently introduced in the House of Representatives, requires insurances companies to cover prosthetic care as they do all essential medical care.

From April 26 through May 2, amputees, providers of prosthetic care and other supporters, are organizing events across the country to raise awareness and build support for the proposed federal prosthetic parity law, according to an ACA report.

“This initiative is part of a national campaign to make health insurers understand the wide public support for laws requiring them to provide meaningful coverage for prosthetic devices,” says Paddy Rossbach, CEO of the ACA.

"Right now, many amputees are being denied by their health insurers, access to artificial limbs that they need to lead active and independent lives,” Rossbach says. She adds that many health insurance companies cap prosthetic care benefits too low for the average person to obtain a prosthesis, and they often impose lifetime caps or eliminate coverage completely.

"Americans with health insurance should be covered for the costs of care for catastrophic illness or injury," says Morgan Sheets, national advocacy director of the Amputee Coalition, “and that insurance coverage must include meaningful prosthetic care for individuals suffering limb loss.”

Ten states have passed prosthetic parity insurance laws, and 30 other states are working to advance such legislation with the support of the Amputee Coalition. According to the ACA, research shows that prosthetic parity adds less than 25 cents per month to insurance premiums.

“For the Amputee Coalition’s Week of Action, activists are organizing post card drives and lobby meetings in their Congressman’s district offices. They are holding rallies and organizing bake sales to demonstrate how amputees with health insurance often must demean themselves by holding fundraisers to pay for their artificial limbs, because their insurance benefits are unrealistically low,” Sheets says.

"The federal prosthetic parity bill will ensure that the tragedy of children living with the absence of limbs is not compounded by inadequate insurance benefits forcing them to spend the rest of their childhood in wheelchairs when help is readily available," Sheets adds. 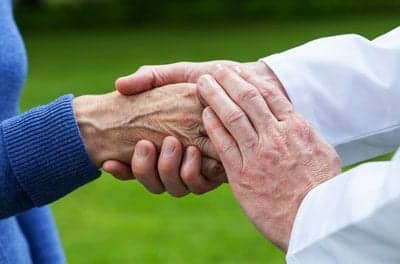