Hanger to Acquire ACP for $155 Million

Consideration for the acquisition is approximately $155 million in cash, and ACP is debt free. Hanger plans to fund the transaction through cash on hand and a concurrent refinancing and expansion of its senior credit facilities. Senior management of ACP will buy approximately 500,000 shares of Hanger common stock immediately after consummation of the transaction.

Hanger says it expects the transaction to be finalized before the end of the year, subject to customary closing conditions, including regulatory approvals, and the successful completion of Hanger’s planned financing. It has secured a financing commitment from a syndicate of financial institutions, including BofA Merrill Lynch, Jefferies & Company, Oppenheimer & Co, SunTrust Robinson Humphrey, and RBC Markets.

Thomas F. Kirk, president and chief executive officer of Hanger Orthopedic Group, said the transaction is consistent with Hanger’s strategy to achieve long-term growth through disciplined diversification of our revenue streams, whether through the introduction of additional third-party or Hanger-developed products, new distribution channels, geographic expansion or the broadening of itscontinuum of care.

For 2010, Hanger anticipates ACP will produce revenues of approximately $57 million and approximately $17 million of EBITDA. Hanger also expects that the transaction will be accretive to Hanger’s 2011 financial results and, depending on the timing of the transaction’s closing, to have a neutral to slightly accretive impact on its results for 2010.

Hanger, a provider of orthotic and prosthetic patient care services, owns and operates more than 675 patient care centers in 45 states and the District of Columbia. 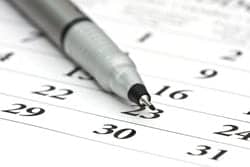