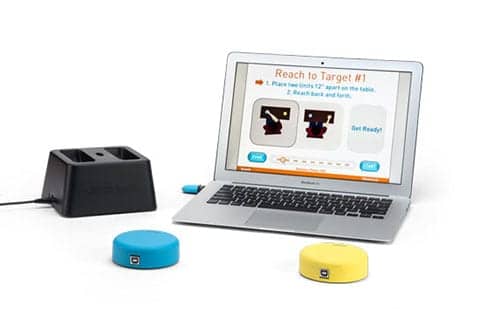 Flint Rehab has recently received an additional $1.72 million in financial grants from the National Institutes of Health (NIH) to enhance and test its FitMe device designed to aid recovery from stroke and TBI.

This recent grant, from the Eunice Kennedy Shriver National Institute of Child Health and Human Development (NICHD), adds to a total of almost $8 million in grant dollars for Flint Rehab over 8 years. The additional funds will be used over the next two and a half years to create functional modules to enhance the rehabilitation experience for stroke and traumatic brain injury (TBI) survivors using the FitMi, an exercise-sensing system featuring two wireless, puck-shaped devices designed to detect specific movement patterns made by the user.

The company will also use the funds to perform testing in collaboration with the University of California, Irvine, to compare the updated version of FitMi with prior versions to see the difference the enhancements will make for users, the company explains in a media release.

“This funding will enable Flint Rehab to continue to enhance the FitMi to provide survivors with the best possible way to build their recovery and to regain control over their usual daily activities,” says Dr Nizan Friedman, Flint Rehab co-founder and CEO, in the release.

In conjunction with University of California, Irvine, Flint Rehab will test which is more beneficial: performing functional exercise or only subcomponents of functional exercise. For example, per the release, the testing will examine whether the user benefits from performing repetitions involving normal daily activities, such as picking up a cup and drinking from it, or if it is better to exercise by simply reaching out to a target object, putting it toward their mouth, and then placing it back on the table.

Via an accompanying app, FitMi guides users through a comprehensive set of rehabilitation exercises for the full body. As users exercise, FitMi counts their repetitions, provides real-time feedback, and monitors their long-term progress.

FitMi can be used in conjunction with the MusicGlove, which is a sensorized glove promoting recovery of finger and hand movement. Stroke survivors use MusicGlove to exercise along with a music-based game, completing specific grips in time with notes that scroll down the screen.

Development of the FitMi, MusicGlove, and MiGo has all been funded by competitive grants from the NIH, including funding from the NICHD’s National Center for Medical Rehabilitation Research and the National Institute on Aging, and also from the Department of Education, per the release. 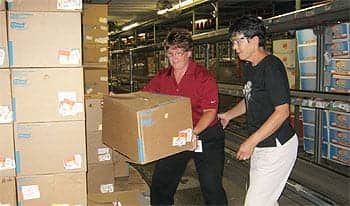 Working Outside the Box 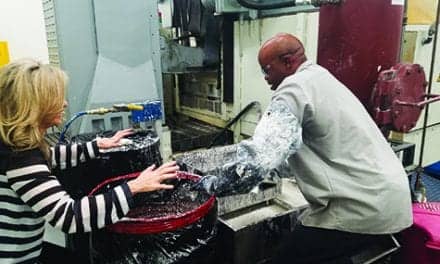 On-Site Care: Beyond the Clinic Walls