Clinical Co-Management at the Epicenter of Health Reform 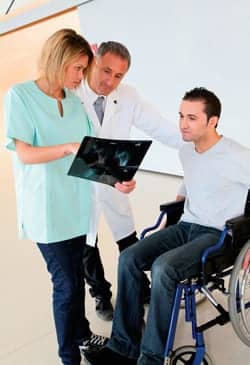 One concept for lowering costs is designed to be effective regardless of how health care reform plays out.

The Patient Protection and Affordable Care Act (PPACA) has, for better or worse, exercised an enormous influence on the American health care system since its enactment in March 2010, despite the fact that many of the law’s provisions have not yet come into effect. Its prescriptions are far-reaching and ambitious, so much so that providers have, to varying degrees, based their strategies for the coming decades on the regulatory framework brought about by this act.

Formulating strategies for this brave new world would be difficult even under ideal conditions. Given the present uncertainty surrounding the law, however, it can seem downright impossible. The Supreme Court will soon consider whether the law, in whole or in part, is constitutional. Likewise, there is a very real possibility that if Republicans make sufficient electoral gains, the law may be defunded, greatly modified, or repealed altogether. It should therefore be no surprise that many providers are at a loss for deciding what to do in the coming years.

SOMETHING MUST BE DONE

Although the way forward may not be clear, it does not mean all forward progress must cease. On the contrary, even if the ultimate shape of health care reform remains uncertain, it is clear that something must be done, especially about the issue of cost.

Unfortunately, many health care delivery models under discussion are inherently connected with the reform law and therefore may not be viable if that law does not survive in its present form. Likewise, many of these models have not been adopted as enthusiastically as was originally hoped or have not, as yet, been shown to yield the expected cost savings.

Providers should therefore look to methods beyond the various payment programs and regulatory concepts included in the health care reform bill. In so doing, they will find a very interesting idea called clinical co-management. As this article will discuss, clinical co-management agreements should play an important, if not critical, role in a provider’s strategic thinking. This is because, unlike other concepts designed to lower costs by adjusting current incentive structures, the effectiveness of co-management agreements does not depend on the ultimate shape of health care reform.

Broadly speaking, clinical co-management is a contractual arrangement whereby physicians, more specifically a particular group of physicians, supply a facility with medical management services of a scope beyond a normal medical director agreement. Clinical co-management structures may be either purchased services from a physician LLC or a joint venture between a hospital and a physician group. The given entity will then manage a service line, multiple service lines, or, in some cases, the entire facility. In fact, co-management agreements can be used for any number of services, including both inpatient and outpatient care.

The physician group and the hospital administration jointly develop, manage, and improve quality and efficiency in the service lines covered in the agreement. The duties of physicians include such areas as patient care management, quality, supply management, personnel, and administration. Because clinical co-management gives physicians responsibility over management as well as clinical concerns, it has the effect of broadening their scope of thinking and making them more sensitive to management issues.

Of the potential financial benefit to physicians, the majority comes from achieving predetermined quality measures. A substantially smaller portion of the financial reward is derived from management fees charged by the managing entity or from gain sharing of cost savings. Furthermore, monetary remuneration is not the only advantage that physicians derive from co-management agreements and may not even be the most important one. All this means the physician managers will necessarily focus on improving quality of care, which will, hopefully, result in lower overall costs.

The benefits of clinical co-management agreements are many. The most obvious is that they raise quality and, as a result, lower costs. However, there are other, less obvious advantages to these arrangements. Compared to an accountable care organization (ACO), they are far cheaper as they require little in the way of startup funding. Co-management agreements are much less rigid than ACOs, and there is far more opportunity to tailor them to suit the needs of both physicians and hospitals. They also are useful as an intermediate step that can allow providers to evaluate and improve their coordination efforts before full implementation of the ACO model, which, in addition to being costly, requires a high degree of integration, something that providers may not always be ready for.

As previously discussed, there is another important benefit of co-management agreements. In aligning vision and incentives, they can improve the relationship between physicians and hospitals. Much of this stems from the fact that physicians become stakeholders in the process to a much greater degree. Because they have greater authority and involvement, doctors see themselves as able to effect change and, therefore, have an incentive to offer suggestions and implement improvements.

This can have positive effects beyond the confines of the co-management agreement. It impacts the relationship between hospitals and physicians by mitigating the “us versus them” mentality common in such situations. Thus, co-management can act as a bridge between the two parties. This enables both hospitals and physicians to learn to trust what the other says. It also minimizes unhelpful rhetoric and allows the parties to tell each other what they need to hear rather than what they want to hear.

There are several caveats that providers should heed when implementing co-management agreements. The first, and probably the most important, is physician participation. These arrangements work only when physicians are willing to devote the necessary time and effort, and it is only when such a commitment is present that clinical co-management can be truly effective.

The second issue is overlap of management duties. Co-management contracts must be properly drafted to ensure there is minimal duplication of efforts. If a hospital has agreements with multiple physician groups covering different service lines, each must be clearly defined to avoid overlap and redundancy. Providers must also properly account for medical director contracts, since these agreements cover many of the same services included in co-management arrangements. In either case, if the overlap is not properly addressed, it can waste resources, compromise effective management, and generate conflict.

The third issue is the high regulatory risk related to co-management contracts. If they are not properly drafted, or if there is not adequate documentation of services provided, they can bring into play a number of federal rules designed to prevent financial abuse by health care providers. These rules include the Anti-Kickback, Stark self-referral, and Civil Monetary Penalty statutes. In order to maintain compliance with these rules, a provider must ensure that the focus really is on improving quality, remuneration to physicians is fair, and services under the agreement are properly documented.

Much has been made of a recent Congressional Budget Office (CBO) report finding that many cost-savings programs, quite simply, have not done much to lower health care costs. This report, which looked at various demonstration projects focusing on disease management, care coordination, and value-based payment, concluded that programs designed to reduce cost do not necessarily do so. However, a closer examination of this report reveals that it is hardly the indictment of co-management agreements that it might appear to be at first glance.

First, although clinical co-management is one of many operational models designed to lower overall health care cost while improving quality, it is not identical to those other models. Programs such as ACOs, medical homes, payment bundling, care coordination, and co-management agreements are all designed to improve care and lower costs, but they are distinct concepts that go about that goal in different ways. For example, care coordination programs tend to focus on patients with chronic conditions and are therefore narrower in scope than a standard co-management agreement. Thus, any deficiencies that the CBO report found in care coordination or payment bundling models are not necessarily relevant to co-management.

Second, the CBO’s findings are not wholly negative. The report is clear that few of the care coordination programs it studied saw significant reductions in cost savings. However, it noted that programs in which care managers had significant interaction with both patients and doctors did generate meaningful savings. This suggests that care coordination can save money when well executed. The report also found that payment bundling programs did not, for the most part, create efficiencies that in turn generated savings. However, one should not overlook the fact that these same programs did generate improvements in quality, even if they were slight. Given that co-management is primarily focused on improving quality, one might see these CBO findings as a rather positive sign.

In fact, a serious evaluation of co-management agreements shows they do indeed improve quality and, as a result, lower costs. For example, a hospital in New Jersey instituted a co-management arrangement for its cardiac services. This has resulted in standardized treatments; use of cheaper medication; equipment purchases that reduced “door to balloon” time by 15 minutes; reduced length of stays; and increased patient satisfaction. It was also found that these changes had not been instituted earlier because of a lack of organization and the fact that doctors were not engaged in the process. These are the very things that clinical co-management agreements are designed to provide.

Whatever ultimate course health care reform takes, clinical co-management will be a useful tool for achieving its goals of improving quality and lowering cost. The concept has other benefits, in that it can improve relations between physicians and hospitals. There are challenges, of course, but none are insurmountable. Furthermore, clinical co-management has been shown to work in practice as well as in theory, which is not necessarily true for other operational models. To quote Calvin Coolidge, “We cannot do everything at once, but we can do something at once.” That something is clinical co-management.

Cherilyn G. Murer, JD, CRA, is CEO and founder of the Murer Group, a legal-based health care management consulting firm in Joliet, Ill, specializing in strategic analysis and business development. She also serves on the editorial advisory board of Rehab Management. Murer may be reached at (815) 727-3355, or on her Web site at www.murer.com. 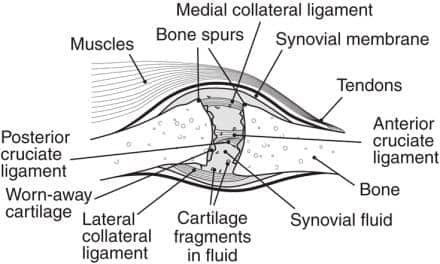