More Net Revenue: Yes, You Can Take It With You 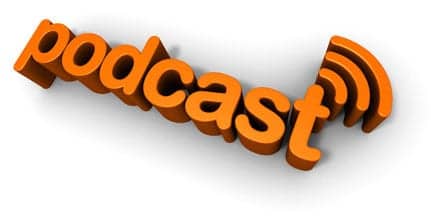 Most practices collect less than what they are owed. Listen to this podcast and discover how one outpatient physical therapy clinic met its goal of collecting more than 90% of every dollar it was rightfully owed by patients and payors.

Clinic owner Ben Wobker explains the success he achieved by zeroing in on the net collections rate and avoiding the wrong payor mix. He also reveals why not collecting co-insurance and not collecting toward deductibles sets the stage for bad business.

You’ll also hear Wobker explain how choosing a software provider who has “skin in the game” helped his practice achieve an increase of $11 net revenue per patient.

Stop walking away from money on the table. Listen now and learn how to take it with you!

Benjamin Wobker received a bachelors degree in psychology from the University of Montana in Missoula and a Masters of Science and Physical Therapy (MSPT). Wobker also received his Strength and Conditioning Certification (CSCS) from the NSCA in 2003.

His career began at Healthsouth in Redmond, Wash, in 2000, which served as the home clinic for Major League Baseball’s Seattle Mariners, and also served many other professional and collegiate athletes in Seattle.

In 2002 Wobker opened Redmond Physical Therapy with his business partner Ken Crinklaw. They operated a successful clinic for nearly 8 years. In the summer of 2010 Ben and his wife Sara created Lake Washington Physical Therapy in Kirkland, Wash.

Wobker’s clinical approach is hands on and includes a strong emphasis on therapeutic exercise. He works as a clinical instructor for graduating physical therapy doctors from regional universities and as an advisor for local high school seniors. He has mentored more than 12 doctorate physical therapists, 36 college interns, and more than 20 high school interns. Ben also works as a local professional advisor for the culminating projects at Redmond High School, East Lake High School, and Cedar Crest High School.

Wobker credits his life skills from numerous degrees and disciplines as key in helping Lake Washington Physical Therapy run smoothly. Sara Wobker is the operations manager and is instrumental in assuring that claims are submitted, AR stays in check, and staff payroll is maintained.

“Many times the front office positions are the most unheralded in a clinical setting, but our staff knows the importance that Sara and her team mean to the quality delivery of our care,” Wobker says.