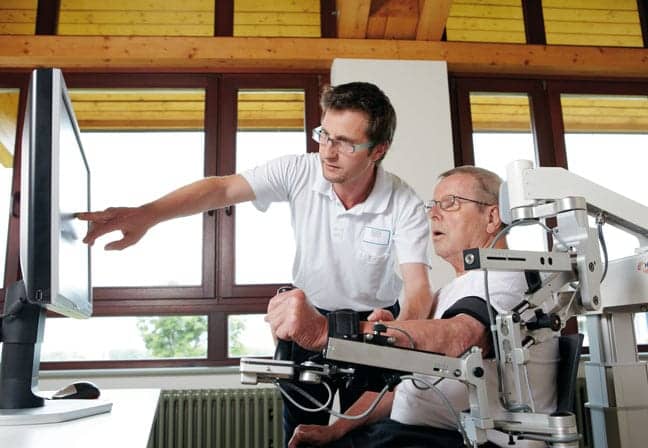 Hand therapy has been formally recognized as a specialty practice of both occupational therapy and physical therapy since 1975. Since its inception, hand therapy has been primarily linked to the treatment of orthopedic conditions or those of the peripheral nervous system and other soft tissue structures and functions.1 However, recent advances in both brain science and treatment technologies have gained the attention of this specialty practice area. There is a growing recognition that clients experiencing neurological conditions may make significant gains in functional abilities of the hand and upper extremity through treatment focused on remediation of deficits in movement versus relying on environmental adaptations or older treatment models. This is not to suggest that hand therapists have not previously provided treatment for the neurological hand. Orthopedic conditions are often part of the sequelae of limited motion, high tone, and joint contractures for which hand therapists have always provided splinting and postoperative care for surgical lengthening procedures.2 Conditions such as Parkinson’s disease and the residual effects of cerebrovascular accident create significant functional limitations that are prime areas to be addressed by the hand therapist familiar with current literature regarding brain science and treatment techniques.2

In recent years, a great deal of research in neuroplasticity of the brain has been undertaken with very interesting and promising results. Although much work has yet to be done, the results to date directly impact the manner in which hand therapists should conduct rehabilitation of the neurologically involved hand. Findings of studies conducted by Hebbs, Bly, Taub, and many others have found that a phenomenon known as synaptogenesis may be responsible for changes to the central nervous system that can impact functional improvement in motor control of the hand.3 The theory posits that presynaptic axonal activity of a cell in the CNS will excite postsynaptic cells within the vicinity. When cells are excited repeatedly over the course of time, synaptic efficacy increases, potentially leading to the formation of new dendrites known as dendritic sprouting (neurogenesis).3 This process is known to occur most effectively when treatment that offers many repetitions of meaningful movement patterns is used.3,4

Ongoing studies have found the most effective way to prevent what Taub et al described as “learned nonuse” of the hand is to provide contextually based functional activities that include movement of many joints of the upper extremity and engage the mind in learning.5 Although the number of repetitions of a particular task, set of tasks, or time spent in the activity per day required is still not clear, what is clear is that movements must involve motor learning, skill acquisition, and multiple joints working in coordinated patterns to be effective. In addition to being less effective, studies have shown that repetitive tasks not requiring activation of multiple muscles in realistic patterns can lead to less synaptic growth and are potentially harmful due to loss of synaptic activation in those areas of the brain responsible for the arm or hand movements not being used.3 This phenomenon follows the concept of learned nonuse where a lack of muscle activation and subsequent lack of excitement to surrounding synapsis in the brain cause withering of pre- and post-synaptic junctions.3 In the clinic, activities often given to orthopedic patients such as upper extremity bicycles and stacking cones would only stimulate the centers controlling elbow flexors and extensors and not the vast array of areas needed to activate synergistic muscle groups such as forearm, wrist, and hand.

Constraint Induced Movement Therapy (CIMT) and Meaningful Task Specific Training (MTST) are relatively new treatment approaches that show great promise in the clinic. Both have been developed based on the theory and evidence surrounding neuroplasticity, but do have some differences in clinical execution.6,7 For example, CIMT uses tasks that are not necessarily meaningful, and requires that the affected hand complete activities without any assistance from the nonaffected hand. Certain movement abilities also must be present in order to select an appropriate candidate for this method. Clients must have 20 degrees of active wrist extension and 10 degrees of active finger extension.7 MTST has a stronger focus on the learning that accompanies completion of meaningful tasks and therefore uses naturalistic activities completed in contextually appropriate ways such as scooping food onto a spoon while stabilizing the plate with the unaffected hand.8 These new intervention strategies offer an effective approach to increasing movement and function that fits well within the hand therapy clinic. Through their expertise in typical movement of the upper extremity, the hand therapist can quickly and accurately analyze the influence of tone and atypical movement patterns that are impacting functional abilities. Following an initial interview where the therapist becomes familiar with things that interest the client, appropriate activities can be selected that will enhance the variability, speed, and adaptability of movement that are often significantly diminished in hands and upper extremities post-stroke.6-8

In addition to creating activity programs that encourage movement of the affected hand in repetitive meaningful activities that provide an appropriate challenge for the hand and arm, the therapist working with this client population also can rely on other types of intervention that show positive results.9 Neuromuscular electrical stimulation (NMES), also known as functional electrical stimulation (FES) is available through several vendors as a modality integrated into prefabricated splinting devices. The benefit of NMES/FES used during rehabilitation of muscle weakness in the orthopedic population is well documented10,11;; only recently has its use provided functional gains in those with hemiparesis. The distinguishing feature of this form of electrical stimulation is in the application. Unlike the method of application used with peripheral nervous system impairment, it is only when the electrodes are placed strategically and activated in a sequence that normal movement patterns can be replicated. The splints in which the electrodes are placed provide functional positioning of the wrist and hand that allows the client to engage in a functional task while the electrodes are cycling through the movement pattern. Recruitment of muscle fibers while being engaged in a meaningful activity provides an increased level of active muscle fiber recruitment, which then, according to the theory of synaptogenesis and neurogenesis, increases cortical recruitment of motor and sensory fibers as well as changes at the muscular level.3,6,9

Robotic therapy is yet another new treatment method for the neurologically impaired upper extremity. Studies are reporting excellent results in enhanced movement and functional abilities with this technology.12,13 Several products are available on the market that target both upper and lower extremities, have varying degrees of complexity, and address a range of movement patterns from simplistic to complex. Despite these differences, the robots work under the same premise. Basically, the machines provide active assistance to the client within normal movement patterns as the client actively engages in a task. Most units are comprised of a motorized exoskeleton connected to a monitor where a virtual activity is shown to the client—similar to a video game. While holding onto or strapped into an exoskeleton, the client actively works to complete the task. The robot assists with movements to ensure success of the client based on a feedback mechanism. This type of treatment has been shown an effective stroke rehabilitation method.12,13 When compared to CIMT or MTST, several similarities can be seen, including the volitional activation of muscle in purposeful patterns of movement while the client is engaged in an interesting task. Because of the assistive feature of robotic therapy, those who are experiencing minimal return of function can effectively use the machine and benefit from the visual and motor completion of an activity that they would otherwise be unable to complete.

Unfortunately, the limited mobility experienced by those with high tone and severe weakness can create contractures of soft tissue in all joints—particularly the elbow, wrist, and digits despite advancing technology and theories that support interventions to improve active and functional movement. As stated previously, attention to the musculoskeletal structures of the hand is the historical focus of hand therapy regardless of the etiology for dysfunction. To prevent or reduce contractures, hand therapists often utilize splinting as a means of providing either proper static positioning to reduce the chance of flexion contracture development or dynamic splinting to minimize contractures that have already developed. Current literature suggests that static splinting alone does not reduce the likelihood of contracture development in those with high tone due to stroke.14 Although part of the problem appears to stem from poor compliance due to pain, according to Andringa et al, even those who were able to tolerate static volar hand/wrist splint use for 6 to 8 hours did not note significant change in tone or hand opening.14,15

A technology that does appear promising in reducing the incidence of contracture and tone in the hand is the use of spring assisted dynamic progressive splints.15 These devices, which are based on the forearm and provide a stretch to wrist and finger flexors, offer a continuous yet dynamic tension on the muscles that is much more tolerable and yields the desired effects of reduced tonal tension and improved ease of passive and (if present) active movement.15 In addition, when contractures are already present, this type of splinting reduces the contracture and allows increased motion of the affected joints.16 Specialty splints, working in a similar fashion to those targeted for contracture prevention or reduction, also can be an effective treatment option when used with repetitive task-oriented training and real world activities such as those used with MTST. The dynamic assist offered through splinting devices created for this purpose extends from forearm to fingertips and augments the active contractions made by the client and also limits patterns of movement that can be detrimental to functional gain.17

The practice of hand therapy is moving forward. As new technologies and better understanding of how the brain functions come to light, practitioners with expertise in orthopedic conditions can now better address conditions of the hand and upper extremity resulting from conditions of the central nervous system. Improvement in the ability to participate in desired areas of daily life following stroke is more possible now than ever with evidence and interventions that harness the “curative power of occupations,”18 and are augmented by 21st century technologies that fit within the hand therapy area of specialty. RM

Debbie Amini, EdD, OTR/L, CHT, FAOTA, is an assistant professor of Occupational Therapy at East Carolina University in Greenville, NC. She has been a Certified Hand Therapist since 1991. She currently serves as the chair of the AOTA Commission on Practice. For more information, contact [email protected]

Success for the Startup Practice: Get IT Infrastructure Right from Day 1 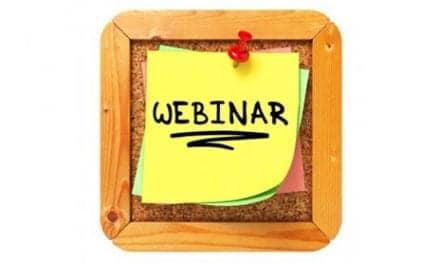 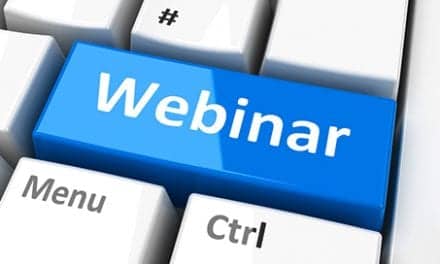 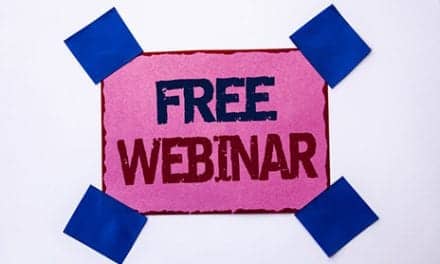