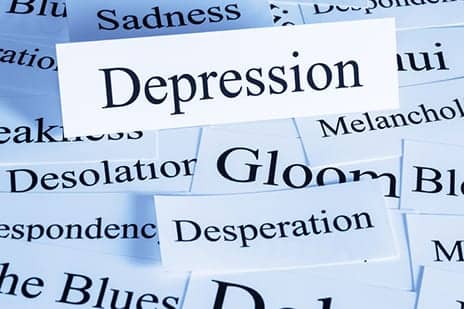 Among axial spondyloarthritis patients participating in a German study, almost one-third reported experiencing moderate to severe symptoms of depression. The study was published recently in Annals of the Rheumatic Diseases.

Axial spondyloarthritis is a chronic inflammatory disorder that affects the spine. Its manifestations include inflammatory bowel disease and psoriasis.

Psychological distress and depression have frequently been reported among patients with this disorder. To assess the extent of these concerns and to identify potential contributing factors, Denis Poddubnyy, MD, of Charité Universitätsmedizin in Berlin, and colleagues analyzed data from a nationwide health insurance database from the years 2013 and 2014.

Among a cohort of 1,736 patients, 31% had scores of 28 or lower on the World Health Organization Well-Being Index (WHO-5), indicating possible moderate-to-severe depression.

An additional 28% had WHO-5 scores of 29 to 50, suggesting mild depressive symptoms, giving a total of 59% of patients reporting some degree of depression or impaired well-being, notes a media release from MedPage Today.

The frequency of depression in these patients “is also clinically relevant in the context of new drugs currently under investigation for the treatment of axial spondyloarthritis, which might worsen depressive symptoms and/or provoke suicidal behavior,” the authors caution, in the release.