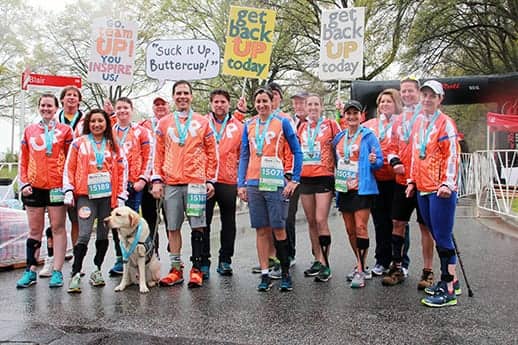 Surrounded by her TeamUP teammates, Beth Deloria celebrates as she completes her 100th race in the Rock’n’Roll Marathon series. She is the first mobility-impaired runner, as well as only the 11th runner overall, to achieve this feat. Her next race will be the 2019 Boston Marathon.

On Monday, April 15th, Beth Deloria (from Greensboro, NC) and Wendy Garrett (from Turner, Ore) will lace up their running shoes and wait alongside 30,000 other runners on Main Street in Hopkinton, Massachusetts, to run the 2019 Boston Marathon.

Together, Deloria and Garrett — co-captains of TeamUP, a group comprised of those with Foot Drop Paralysis — have run a combined 42 marathons, according to Rockaway, NJ-based orthotics and prosthetics manufacturer, Allard USA, in a media release.

Like any passionate athlete, Beth’s love of running has long been a driving force in her life. The exhilaration and sense of completion she feels through the sport pushed her to complete her first marathon in Chicago in 2001. Her performance enabled her to qualify for the prestigious Boston Marathon, which she then ran in both 2002 and 2003. But in 2004, a “perfect storm” of spinal irregularities forced her into an 8-hour surgery that left her with a condition called Foot Drop – a form of paralysis affecting the foot and ankle.

Foot Drop Paralysis makes walking and running extremely difficult (if not altogether impossible) without proper bracing. While it is not known exactly how many people in the world have Foot Drop, the condition is thought to affect millions of people, as it is caused by a variety of underlying conditions such as spinal cord injury, Charcot-Marie-Tooth disease (CMT), Multiple Sclerosis, and Stroke. As challenging as these conditions are, it is the onset of Foot Drop paralysis that ultimately robs people of their mobility, the release explains.

This diagnosis halted everything in Beth’s life as she struggled with a cumbersome plastic boot that created more problems than it solved. After years of searching for a solution that would help her regain a part of her life that brought her so much joy and freedom, she finally found hope in a carbon composite dynamic response brace made by Allard USA.

Once she was back on her feet, Beth founded the Get Back UP Today movement, a platform which allows her to inspire and educate others by sharing her personal struggles with mobility challenges. Her goal is to make sure that others living with Foot Drop don’t have to suffer needlessly, unaware of the advanced bracing technology options available that could help them regain their mobility. To aid her in this mission, Beth assembled TeamUP, a national team of athletes, veterans, and everyday heroes who were also sidelined by Foot Drop Paralysis.

One of these individuals is 40-year-old Wendy Garrett. From competitive gymnastics to running all six major world marathons, Wendy is no stranger to accomplishing the unthinkable – even after a motorized scooter accident left her without the use of her left leg.
While living on the tropical island of Bermuda in 2011, Wendy was riding to work at her dream job as a gymnastics coach when she was sideswiped by a car and pinned underneath her scooter. She immediately did not have use of her left leg, and despite receiving an initial diagnosis of a sprained ankle, Garrett knew her injury was far more serious.

Wendy returned home to Oregon and began an aggressive journey to find answers as to why she was left with a debilitating weakness in her upper body and the inability to move or control her left leg. She tirelessly sought advice from doctors and specialists, determined to find a solution that would allow her to return to her active lifestyle. It wasn’t until her 25th attempt that she found a doctor who properly diagnosed her with an incomplete spinal cord injury at L4 and a spinal syrinx in her neck. This diagnosis pinpointed that an injury to the involuntary muscles in her leg prevented blood from circulating in that area, resulting in Foot Drop.

Like Beth, Wendy was initially fit with a heavy, clunky walking boot that limited her mobility even further. But through strenuous physical therapy, she regained 75% of the use of her upper leg and was able to be fit with her first ankle-foot orthotic (AFO) brace made by Allard USA. From running in marathons to becoming a fitness instructor and every endeavor in between, Wendy’s brace has helped her to slowly but surely rebuild the active lifestyle that was such a significant part of her life prior to her accident.

Now, thanks to their braces and the support of their TeamUP community, Beth and Wendy will find themselves back at the starting line in Boston, ready to achieve a once impossible feat and share their stories so that others like them can be inspired to “get back up,” the release continues. 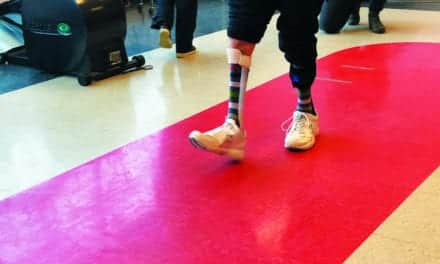 Staying One Step Ahead 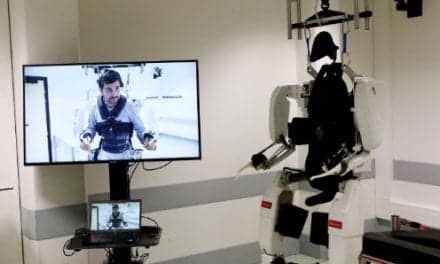 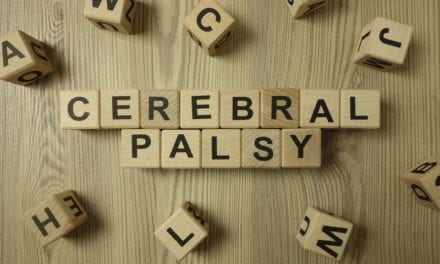