The National Women’s Law Center (NWLC), headquartered in Washington, DC, urges the Senate in a recent news release to ratify the Convention on the Rights of Persons with Disabilities (CRPD). The Senate is scheduled to vote today on the CRPD, a treaty designed to affirm the importance of promoting, protecting, and ensuring the rights of persons with disabilities, including provisions intended to specifically protect women with disabilities.

“Ratifying the Convention on the Rights of Persons with Disabilities would be a significant step in ending discrimination against people with disabilities, including women worldwide,” Marcia D. Greenberger, co-president of the NWLC, says.

The release also notes that the CRPD increases accessibility for Americans with disabilities, including veterans, who live, work, and travel abroad. Presently, 126 countries have ratified the CRPD, which is reportedly the first international treaty to address disability rights globally.

The NWLC adds that the treaty has wide support in the US, including the support of major disability and veteran’s organizations, women’s rights and human rights organizations, and the US Chamber of Commerce. 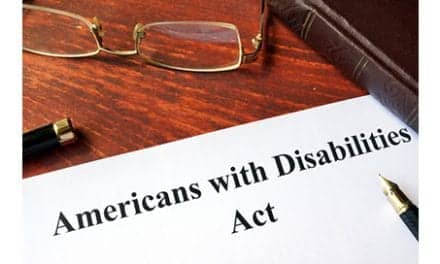