Mal Mixon, chairman of Invacare Corp, headquartered in Elyria, Ohio, recently appeared as a guest on HME Voice, a new, live, Internet-based radio show and voiced his optimism regarding the movement to replace competitive bidding with the marketing pricing program (MPP), reports a news release. The Medtrade Radio-powered program is hosted by Kevin Gaffney, Medtrade Group Show director, and Michael Sperduti, president and CEO of the NY-based Emerge Sales.

Mixon notes that he is currently waiting for a Congressional Budget Office (CBO) scoring of how much should be saved and has received, “some very good questions—which have been answered,” from CBO officials. According to the release, during the September 13 interview, Mixon adds, “We have fought for competitive bidding for years and years, and unfortunately we have fallen on deaf ears…The latest attempt is the marketing pricing program that AAHomecare is pushing. We have a lot of congressmen and senators who are empathetic if we get the scoring done,” Mixon says.

Host Sperduit reportedly asked Mixon about the emphasis on equipment prices among many providers. Mixon emphasizes that he is opting to find savings within the company structure rather than cutting back on quality, “I am not trying to build the cheapest product. I am trying to build the best product, and that’s how it’s going to be…,” Mixon reports. Mixon adds that he will be attending this year’s Medtrade, noting that he has attended the event since its launch.

For more information on HME voice visit www.mikesperduti.com or www.medtrade.com 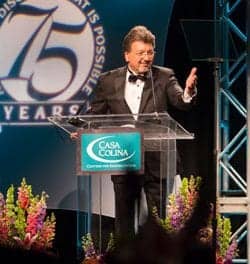