The Supreme Court’s decision to uphold the constitutionality of the Affordable Care Act (ACA), created to ensure that access to and affordability of insurance is the law of the land, drew reports throughout the long-term rehabilitation community that voiced both praise, cautious optimism, and potential concern over the decision. The basic provisions of the healthcare overhaul were left standing as a result of the Supreme Court’s decision, ruling that the government may use its taxation powers to prompt individuals to buy health insurance.

The East Elmhurst, NY-based United Spinal Association reports that it applauds the ruling. Paul J. Tobin, United Spinal president and CEO, says the ruling brings peace of mind to families who have loved ones living with significant disabilities and chronic diseases. “Much of the law will be implemented in 2014 and United Spinal Association will remain vigilant in its effort to ensure that the law’s implementation fulfills its tremendous promise to promote healthcare as a right and not merely a privilege in the United States,” Tobin adds. United Spinal Association also spotlights an additional requirement upheld by the decision that is reported to require states to expand their Medicaid eligibility to reduce by 33 million the number of low-income individuals who are now completely uninsured and whose care is paid for in higher premiums and costs incurred by those with coverage.

The American Physical Therapy Association (APTA), which has reportedly remained neutral to the ACA and the subsequent Supreme Court case, noted that it will continue its current legislative and regulatory strategies. The organization adds that it will continue to reinforce its philosophy that the nation’s healthcare system must address the fundamental patient-centered issues of coverage, access, quality, and costs. Paul Rockar Jr, PT, DPT, MS, APTA president, notes that the APTA has long been an advocate for healthcare systems that center on rehabilitation, demonstrate the value of physical therapy to patients, innovation in patient-centered reforms, and that offer a solution to a system which he says, “for far too long has been high in costs and disparate in outcomes and quality…We will continue to work with legislators, policy makers, insurers, and other decision makers to ensure that these priorities are addressed in this law and future health care reforms—whether at the national or state level, or through individual private payment systems,” Rockar emphasizes.

The National Council on Aging (NCOA) also praises the decision, but voices concern regarding the impact that Supreme Court’s Medicaid decision may have on some states’ willingness to extend health coverage to low-income, non-elderly, uninsured Americans. Jim Firman, NCOA president and CEO, notes benefits of the ruling in spite of the concern, which he says helps ensure that millions of uninsured Americans will have access to health care, allowing them to remain healthier as they grow older and become eligible for Medicare. He also spotlights improved chronic care and alternatives to nursing home care as benefits to the ruling. Firman add that the while the Medicaid ruling requires additional study, the ruling is important, “for seniors, their families, and their caregivers across the United States.” 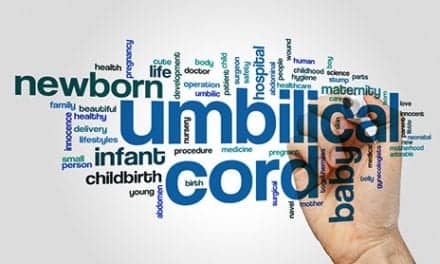 Everyone must be an organ donor: top doctor