WASHINGTON (Reuters) – The U.S. Medicare health insurance program has decided it would not pay for a Synthes Inc. artificial disc for the lower back in patients older than 60.

The ruling, dated Tuesday, finalizes a proposal issued in May by the Centers for Medicare & Medicaid Services on Synthes’ ProDisc-L artificial lumbar disc.

CMS, in a notice on its Web site, said it had determined that artificial disc surgery for the lower back was "not reasonable and necessary" for Medicare patients older than 60.

A spokesman for Switzerland-based Synthes was not immediately available for comment.

Last year, CMS rejected another bid seeking coverage of Johnson & Johnson’s Charite disc, which was the only such device then approved in the United States.

Since then, Synthes received U.S. approval for ProDisc, and in November Medicare decided to reconsider its decision, but only for that particular device — not Charite.

Both devices help mitigate back pain and are an alternative to lumbar spinal fusion surgery. Instead, artificial disc surgery removes the damaged or diseased disc and replaces it with one made from various metals or plastics. Makers say the procedure can help patients maintain mobility, unlike fusion.

The lumbar disc decision was posted at http://www.cms.hhs.gov/mcd/viewdecisionmemo.asp?id=197 . 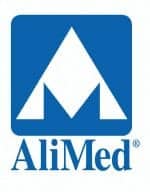