Changchun “Chad” Zeng, an assistant professor at the Florida A&M University-Florida State University College of Engineering, has developed a high-performance auxetic foam which, according to a news release from Florida State University College of Engineering, could lead to more comfortable prosthetics.
Zeng’s new product had its roots, per the release, in a contract between Florida State University’s High-Performance Materials Institute (HPMI) and the US Department of Veterans Affairs. The 2-year, $4.4 million VA Innovation Initiative (VAi2) project’s goal, the release explains, was to address the shortcomings of socket systems currently used to attach a patient’s limb to a prosthetic device via the development, testing, and delivery of “Socket Optimized for Comfort with Advanced Technology” (SOCAT) prototypes.
Zeng, the project’s principal investigator, notes in the release that he and his colleagues working on the project knew what wasn’t working with current products and technology.
“For example,” he says in the release, “the socks that amputees currently use to attach prosthetic devices do not adjust to limb shape and volume, creating lots of problems.”
The release notes that Zeng’s new auxetic foam solves these problems via its ability to get thicker, rather than thinner, when stretched. This ability, which is opposite to that of conventional foam, could lead to enhanced materials properties, including a better and more comfortable fit that adjusts on the fly.
The foam will soon head to market through a license agreement with Auxadyne LLC. Per the release, the company’s initial focus will be medical device bracing and pressure-relieving applications, as well as protective sports, military, law enforcement and first responder equipment, according to Auxadyne president Joseph Condon.
“As we market to these key industries, we will also be involved in a collaborative effort with HPMI to develop a next-generation prosthetic sock based on auxetic foam that will improve the quality of life of our amputees,” Condon shares.
Condon anticipates an immediate benefit to the medical device and protective equipment industries while the collaborative project for the development of the new prosthetic sock is under way, the release notes.
“It’s hard not to get excited when you think of all the good this technology can do for people,” Condon says.
[Source(s): Florida State University College of Engineering, Science Daily] 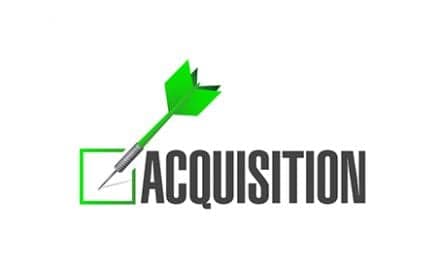