Moreover, lead investigator Dr. Robert S. Wilson told Reuters Health, "we showed that cognitive activity in old age was associated with these good outcomes even after controlling for level of cognitive activity and socioeconomic advantage prior to old age."

This was also true, he added, after controlling for "levels of social and physical activity in old age, supporting the idea that it is late-life cognitive activity that is protective rather than something else related to it."

Dr. Wilson and colleagues at Rush University Medical Center in Chicago prospectively studied 700 old people who underwent annual evaluation for up to 5 years. The brains of those who died were examined postmortem.

Frequent cognitive activity was also associated with a reduced incidence of mild cognitive impairment and a less rapid decline in cognitive function.

However, in the 102 patients who died and had brain autopsy, no relationship was found between the level of cognitive activity and measures of neuropathology, such as amyloid burden.

"Overall," concluded Dr. Wilson, "the results suggest that cognitively stimulating activities, such as reading a magazine, visiting a library, or writing a letter, are very important for maintaining cognitive ability in old age."

In an accompanying editorial, Dr. Kenneth Rockwood of the Centre for Health Care of the Elderly in Halifax, Nova Scotia, observes that given the postmortem findings, "as vital as autopsy is, it does not trump other information." 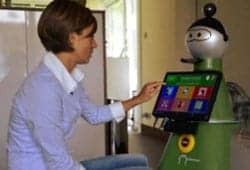